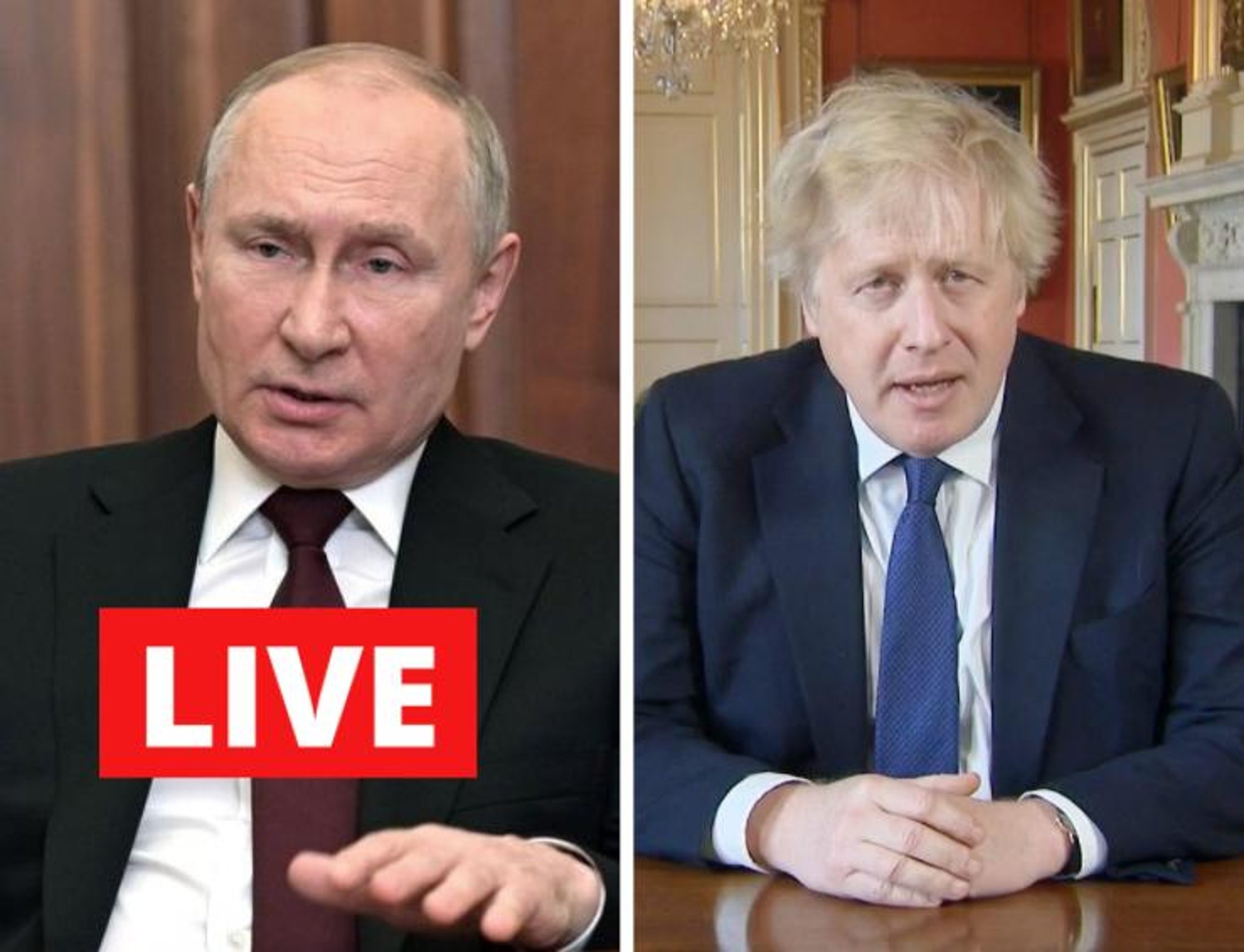 Around 5am Ukrainian time, explosions were heard near major Ukrainian cities, including the capital Kyiv.

Explosions could be heard in the Ukrainian capital of Kyiv shortly after Mr Putin’s address, while explosions were also reported in the cities of Odesa and Kharkiv.

Prime Minister Boris Johnson said Russian President Vladimir Putin has “chosen a path of bloodshed and destruction” with his attack on Ukraine and that the UK and its allies would respond “decisively” and following a Cobra meeting will be making a televised announcement.

It came as Ukraine’s president declared martial law, while Russia’s military said it had targeted Ukrainian air bases and other military assets and had not targeted populated areas.

She tweeted: “Overnight developments in Ukraine – however anticipated – are appalling and horrific. The Kremlin must face the severest consequences for this unprovoked aggression. And the world must stand in solidarity with the people of Ukraine #StandWithUkraine.”

“With this package, we will target strategic sectors of the Russian economy by blocking their access to technologies and markets that are key for Russia.”

If you are just joining us

Footage is coming in across a number of agencies and publications showing some of the footage from Ukraine.

The Ukrainian military claims to have shot down at least six Russian aircraft and lost at least forty of its troops; there are reports of civilian casualties too

Formula One bosses are under increasing pressure to cancel the race – scheduled to take place on September 25 – after Russia president Vladimir Putin declared an invasion on neighbouring Ukraine.

The Prime Minister said earlier in an address to the nation: “Our mission is clear. Diplomatically, politically, economically, and eventually militarily, this hideous and barbaric venture of Vladimir Putin must end in failure.”

The Ministry of Defence tweeted: “Russia has today further violated Ukrainian sovereignty. There are no justifications for this.”

In an “intelligence update”, it said there had been “more than 80 strikes” against targets in Ukraine.

It added that Russian ground forces are advancing across the border “on at least three axes”, from the north, east, and south from Crimea.

Nicola Sturgeon said that “the world must now help and equip Ukraine to defend itself and resist Russian aggression”.

The Scottish First Minister added: “We must ensure humanitarian aid and assistance, and we must all stand ready to offer refuge and sanctuary wherever necessary for those who may be displaced.”

She continued: “This is a critical juncture in history, perhaps the most dangerous and potentially most defining moment since the Second World War.

“We live in this moment but it is true to say historic precedence will be set in the hours and days to come. These will determine the new norms of what is acceptable or not in our international order.”

Boris Johnson concluded by saying: “I say to the British people, and all who have heard the threats from Putin against those who stand with Ukraine, we will, of course, do everything to keep our country safe.”

He added: “We will work with them, for however long it takes, to ensure that the sovereignty and independence of Ukraine is restored.”