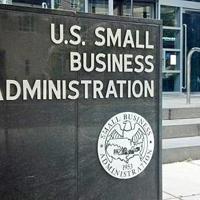 A federal judge has accepted guilty pleas from four South Carolina residents charged with submitting false information to obtain more than $4.7 million in loans the government provided businesses to help preserve jobs during the peak of the COVID-19 pandemic.

The conspiracy was led by Lori Hammond, 53, of Summerville, who also goes by the last names of McCracken and Blakely, according to a court document filed last month. She agreed to plead guilty May 19.

The four appeared before U.S. District Judge David Norton in Charleston last week, the U.S. Attorney’s office said June 28. They each face up to 20 years in prison and $250,000 in fines on charges of wire fraud and conspiracy to commit wire fraud. The sentencing hearings have not been scheduled.

Prosecutors said they bilked the U.S. Small Business Administration’s $649 billion Payroll Protection Program, which was created to offer forgivable loans to employers after the global health crisis nearly crippled the economy more than two years ago.

The PPP fraud is one of the largest of its kind to come to light in South Carolina.

The government traced the crimes to May 2020. It said Hammond submitted loan applications over the next two months through several banks on behalf of five companies. On one of the forms, for a medical practice, she listed as the owner a Holly Hill man who had been dead for nine months.

Hammond then helped Needham, Conrad and Wright obtain seven additional loans in July 2020. An unidentified California resident was paid a fee to submit the applications to banks for processing, prosecutors said.

All of the paperwork contained “false and misleading statements” about the number of employees, payroll expenses, taxes and other information, according to a court filing.

In all, the SBA paid the four conspirators more than $4.72 million in pandemic loans. The money was deposited electronically and some of it was used for “non-qualifying, non-business-related purposes,” such as “homes, property, cars and other personal purchases.”

Nearly half went to Hammond. The government said last month it had seized bank accounts in her name containing more than $1.36 million.