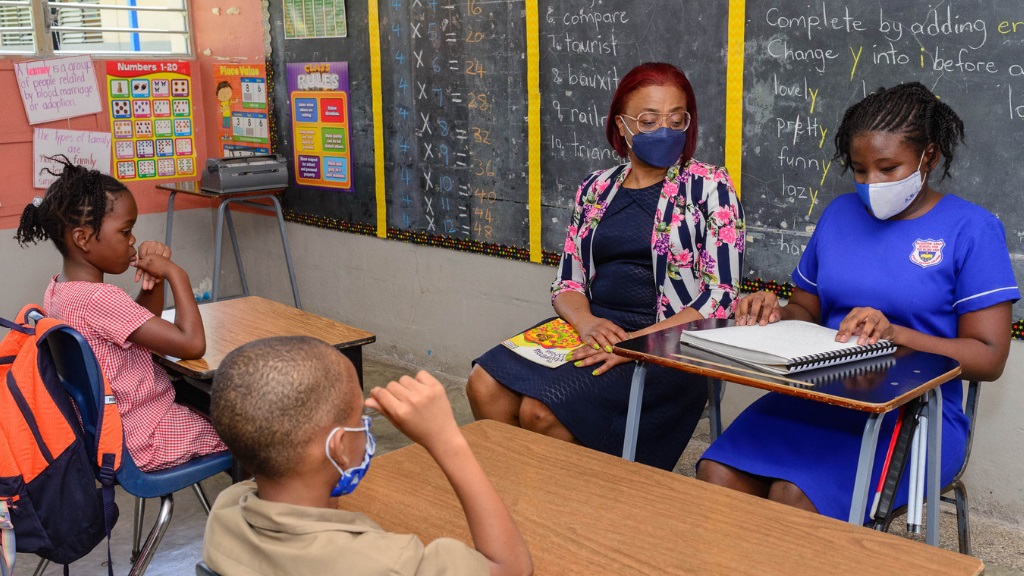 Though ready to have interaction the scholars in an thrilling studying session, the members of the N.C.B. Foundation have been amazed when grade seven pupil, Aleria Bent from the Salvation Army School for the Blind, provided to learn to them in braille.

Known as the only real schooling supplier for blind and visually impaired kids in Jamaica, the School for the Blind is in dire want of braille machines to show its college students learn how to learn. With a $100,000 cheque in hand, the Manager for the Constant Spring Financial Center, Maxine McKenzie, stunned the college’s grade two college students with an animated rendition of “The Happiness Dress” written by Jamaican writer Diane Browne.

“We are extremely delighted that the N.C.B. Foundation thought of us for their Read Across Jamaica Day initiative. This donation will go a long way in acquiring braille machines which are in short supply at the school,” stated vice-principal Sherine Gordon-Whyte.

From the day of enrollment, the scholars are taught to see with the eyes of the center in order that they will soak up hope and achievement versus doubt and despair. Positive shallowness is a crucial lesson for the scholars which was evident throughout their read-along session with McKenzie.

“At NCB we pride ourselves on being an institution of inclusion. Over 57 per cent of our ATMs are equipped with braille kits and the team members within our branches are specially trained to assist those who are visually impaired and disabled. The ability to read is a right owed to all Jamaicans and we are happy to give a helping hand to those who need it the most,” stated McKenzie.

With a flurry of laughter and eagerness to take part, the scholars engaged the NCB supervisor as she led them on a journey to happiness with the characters from “The Happiness Dress” e-book. “These students were able to teach me that the only thing worse than being blind is to have sight but no vision. It was a pleasure to be here with them and help create a more inclusive Jamaica,” stated McKenzie.

The N.C.B Foundation donated over 700 copies of kids’s books to their 42 adopted faculties throughout the island on Read Across Jamaica Day.