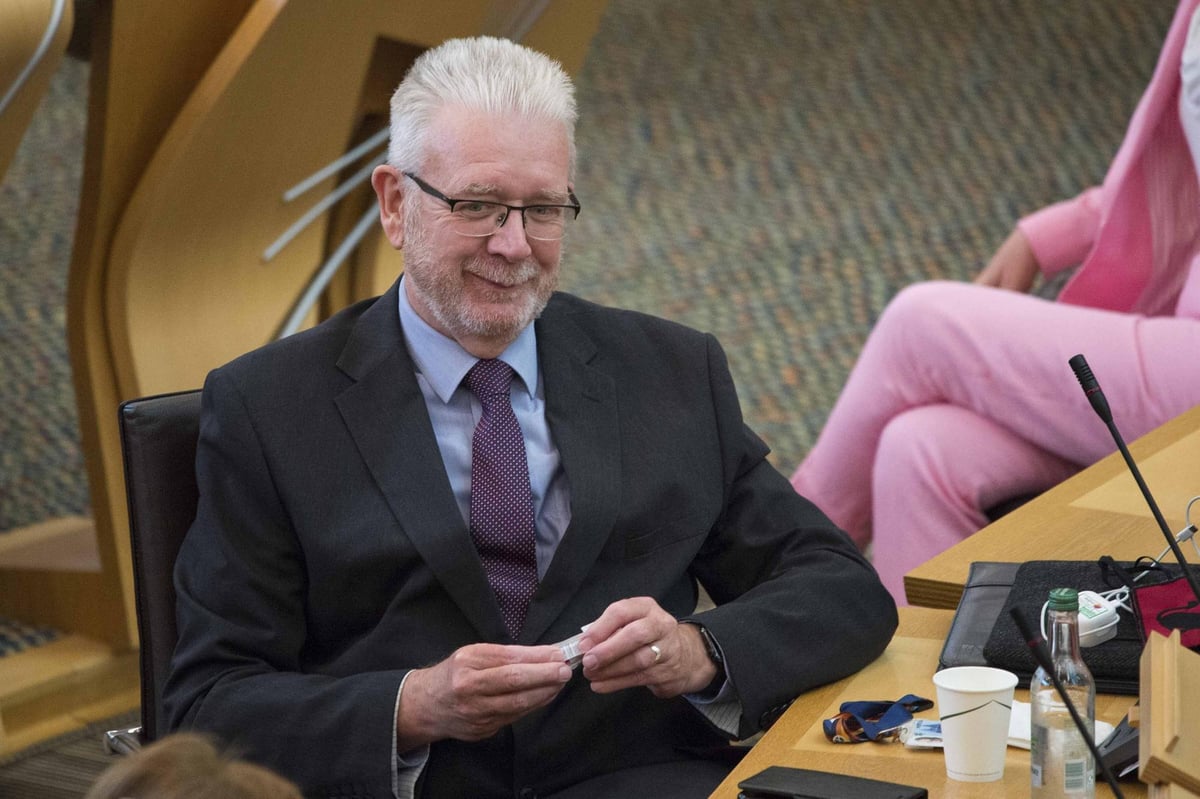 Michael Russell, speaking to reporters after a European Movement in Scotland event in Holyrood, rejected suggestions the push for independence was doing the same as pro-Brexit campaigners in regards to what might happen to borders.

Following the EU referendum, politicians promised there would be no hard border on the island of Ireland. Boris Johnson is now engaged in ongoing negotiations seeking to override the Northern Ireland protocol, which imposes a trade border in the Irish Sea.

Scottish independence: Constitution is a reserved matter despite latest ‘wheeze’…

The SNP has faced criticism for its position on the borders, with unionist opponents claiming independence would lead to a hard border between Scotland and England in terms of trade.

Asked whether the SNP was making the same type of impossible promises around independence as pro-Leave voters were about Brexit, Mr Russell said that was “absolutely not” the case.

He said: “You could, to exaggerate a little, take everything the UK Government has done with Brexit and do the opposite because what you’ve learned from Brexit is there is a way not to do these things.

“There’s a very sensible, constitutional, political and debating way that you could take this forward.”

SNP President Michael Russell was appearing at a European Movement in Scotland event in Holyrood.

Nicola Sturgeon, when launching the Scottish Government’s fresh push for independence, said she would accept a similar deal to the Northern Ireland protocol for Scotland “in a heartbeat”.

Mr Russell said this approach was “worth unpacking”.

He said: “There’s something in that. That statement is worth unpacking because it is seamless, there is a seamless border in the island of Ireland, and goods going across it is still seamless, it’s a minor matter in terms of what exists elsewhere.

“I think there is every prospect of being able to enjoy a good and even better trading relationship.

“Look at the economy of Scotland. Ireland was, like ourselves, a big imbalance in trade in 1974 and now that imbalance is gone.

“That is an issue for Scotland. Scotland needs to expand what it does, so that there is not that imbalance in trade.”

He added: “But it is also quite clear that the relationship of Scotland to England would not involve a people border. The Common Travel Area is quite clear, I don’t think there’s any question about that, and the aim would be to have a seamless border in terms of trade.”

The former Scottish Government constitution secretary said any vote in 2023 would see the independence campaign in a “completely different position”.

He said: “European membership is not the status quo, so I think it is a very different argument.

“There is a subtext to the argument, which is looking at people who told you Scotland would have to be in the EU and it wouldn’t be in the EU when it was independent. These are the very people who are now telling us not being in the EU is wonderful, despite the evidence of our own eyes.

“I think that is going to be telling.”

Mr Russell said he was “confident” a vote would be held next year and declined to say whether he asked law officers for a view on whether a second independence referendum would be within the competency of Holyrood.

Want to hear more from The Scotsman’s politics team? Check out the latest episode of our political podcast, The Steamie.