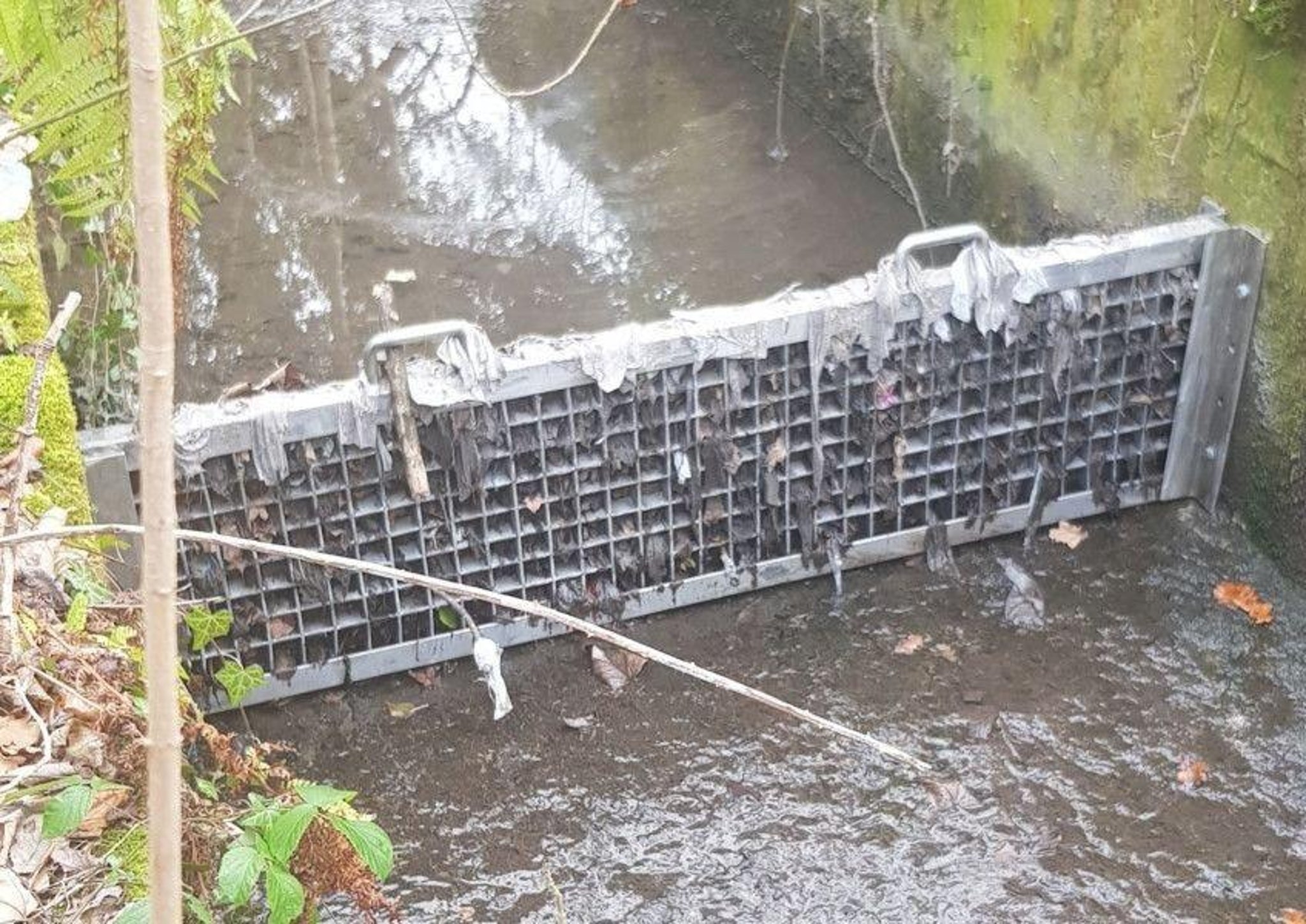 Earlier this week, chief Alex Cole-Hamilton quizzed the First Minister on the routine dumping of untreated human waste after an investigation by The Ferret revealed the apply had occurred greater than 10,000 occasions in 2021.

Nicola Sturgeon mentioned it’s an “important issue” and vowed to take steps to look at what could be performed.

Mr Cole-Hamilton mentioned it’s time the Scottish Government sends a message that “nobody should get away with systematically pumping raw sewage into our rivers – let alone a Government-owned company”.

Pollution, within the type of gadgets like moist wipes and sanitary merchandise, in a Midlothian burn

He mentioned folks will need to know why the entire bonus paid out final yr to 3 high bosses on the organisation amounted to £227,000 – of which £92,000 was given to the chief government.

The get together additionally instructed that whereas The Ferret recognized the determine of at the least 30 occasions a day for the releasing of sewage, the true statistic is “likely to be much higher” attributable to a “rarity” in monitoring.

Mr Cole-Hamilton mentioned: “The release of untreated human waste into our rivers shouldn’t be allowed to happen.

“We’re talking about excrement, wet wipes and sanitary towels being pumped into the heart of our communities.

“People will want to know why top execs are being rewarded with enormous bonuses of up to £92,000 when raw sewage is being dumped at least 30 times a day.

“We need the Government to take action to prevent this from happening, but neither Scottish Water or the Scottish Government show any sign of changing their ways.”

A Scottish Water spokesperson mentioned the chief government’s bundle was “significantly less” than that of paid to counterparts in different UK water firms.

They acknowledged: “Executive incentive payments are only made for exceeding performance expectations under arrangements approved by the Scottish Water Board and the Scottish Government.

“Payments made in 2021 reflected strong out-performance of the targets set for the final year of the 2015-2021 regulatory period.

The spokesperson added: “Scottish Water is committed to continuing to support the protection and improvement of Scotland’s rivers, coastal waters and beaches.

“We recently published our urban waters route map and plans to invest up to half a billion pounds in Scotland’s waste water network to deliver further improvements and ensure the country’s rivers, beaches and urban waters are free from sewage related debris.

“This will enable us to target investment in improving our monitoring, reporting our performance, and upgrading the worst performing Combined Sewer Overflows. CSO’s play an important role as essential safety valves on the sewer network to help prevent flooding which can particularly affect customers’ properties and communities.

“All our customers can play a huge part in preventing debris in rivers and on beaches. Our new national campaign ‘Nature Calls’ urges customers not to flush wet wipes (and other items) down the toilet and we are calling for a complete ban on the sale of wet wipes containing plastic.”