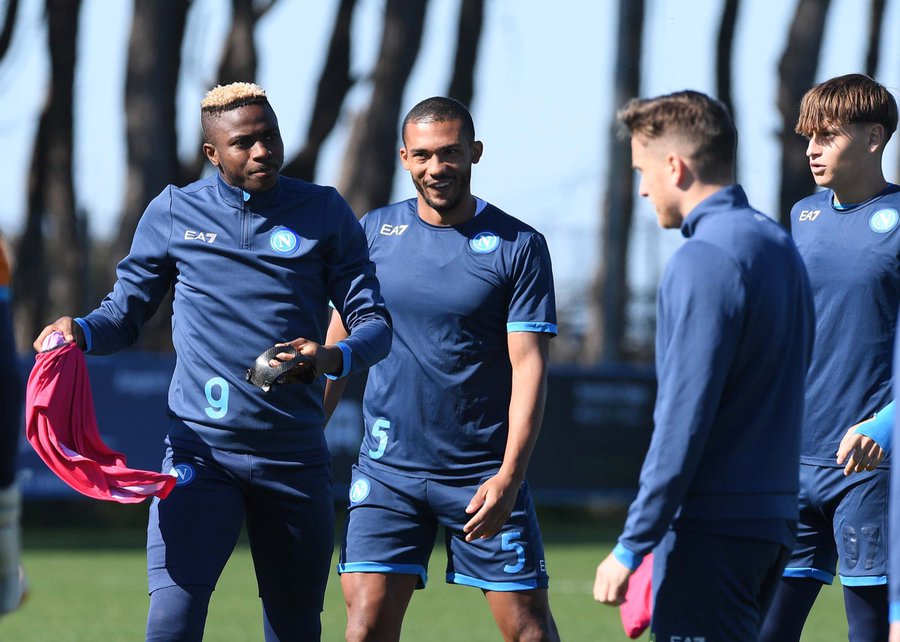 Napoli manager Luciano Spalletti has confirmed that Victor Osimhen will be available for Thursday’s Europa League Round of 16 game against Barcelona.

Osimhen was in action against Cagliari and also trained on Wednesday ahead of the game.

Napoli will host Barcelona at the Diego Armando Maradona Stadium for the second leg after both teams played a 1-1 in the first leg at Camp Nou.

Spalletti in his pre-match conference talked about the availability of Osimhen and other key players as well as his opponent.

On his team readiness ahead of the game, he said;

“We want to be architects of our destiny and we must think like strong people, focusing on our qualities rather than the strength of the opponent”

“ Insigne will play from the start, he has recovered and has the quality of directing the match.

“Osimhen is better too and the fury he has put in entering Cagliari speaks volumes about his determination and hunger to do well”.

on what his opponent will bring to the game, he said:“With Barcelona it will be a battle of strength and technical quality “.

“Tomorrow you have to be decisive and know how to take the right direction, otherwise you risk becoming the passengers of the match.

“Barca will seek possession of the ball, we will not have to stay low. ”

“It is clear that this is a very difficult match. Right from the start we have to show our intentions, because we certainly want to be protagonists of the match.

“Those who fight can lose, but those who don’t fight have already lost”

“The challenge against Barcelona must be seen as a sporting battle in which whoever shoots first can hit the opponent and whoever suffers can fall.

“There isn’t a favorite. In the end, one of the best teams in the competition will pass and another equally strong will come out.