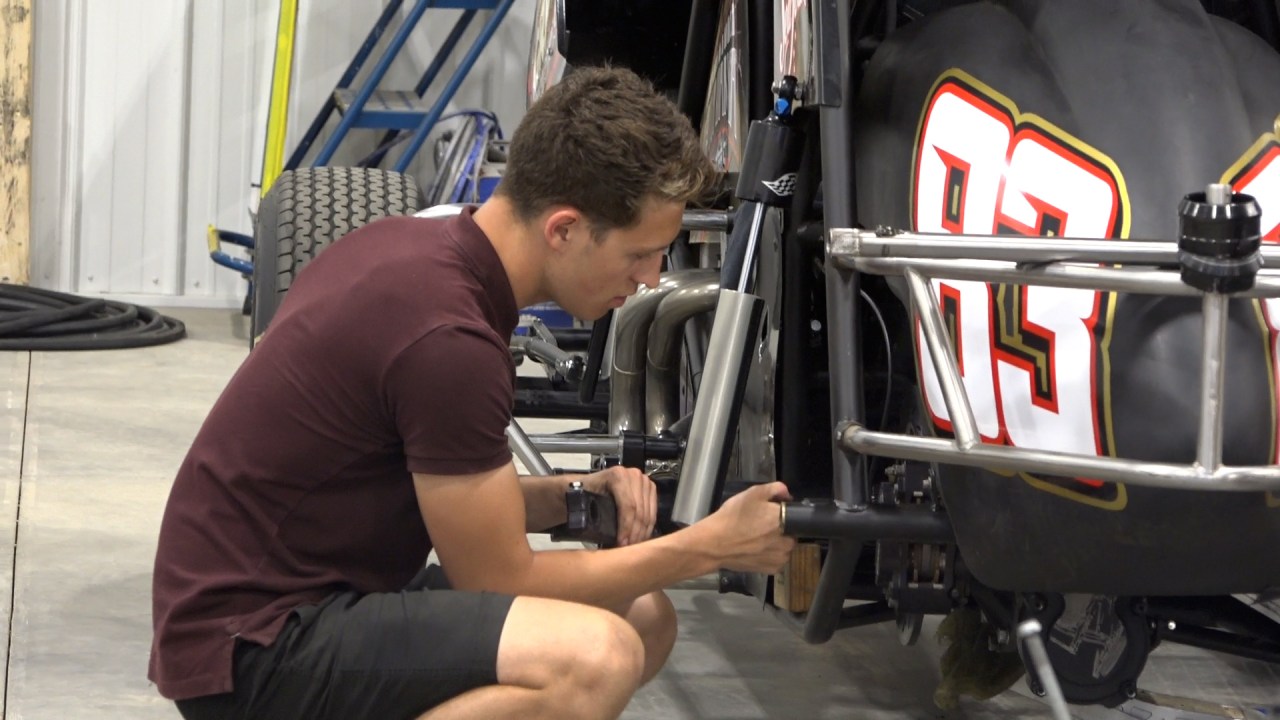 TEA, S.D. (KELO) — Sam Henderson is a sprint car driver who typically competes in 305 and 360 sprints. While he continues to hit the track this summer, earlier this year, Mother Nature nearly took that away from him as storms hit his shop in Tea.

Sam Henderson is busy working on his cars, but doing so in a new shop.

“You know a tornado came through and took the roof of our shop. So this is, I just happened to know this shop was being built and there probably wasn’t going to be anyone in here. So I talked to them and it was real easy how it worked out,” Sam Henderson said.

Fortunately, when the storm hit Henderson wasn’t at his old shop.

“We were actually at Mike Stegenga house, the guy that owns the 35 car I drive. We were doing a little work on his car. We weren’t there for more than 5 minutes before we got the call that the roof was gone on our shop,” Henderson said.

Henderson and his crew drove through the storm to assess the damage.

“My dad’s truck got wrecked. when the garage door blew in, it blew on his truck. Good thing it was there otherwise, probably would have been worse. The race cars would have definitely gotten damaged then,” Henderson said.

He was thankful they weren’t at the shop when the storm came.

“I feel like if we were there would have been that much more traumatizing, but the fact that we weren’t makes it a little better, but I would have been scared to death in there, listening to that,” Henderson said.

The old shop served as the foundation for Henderson’s racing career.

“All I really knew, with my racing background, it all kind of came out of that shop,” Henderson said.

While it could’ve been worse, there was still plenty of sentimental value lost when that storm hit.

“I felt for my dad too because he’s the one who put a lot of work into the shop to make it how it was,” Henderson said.

Henderson has raced 8 times this year, finishing in the top 10 in four of those races while picking up his lone victory of the season in the RaceSaver Sprint Feature back on June 12th at Huset’s.