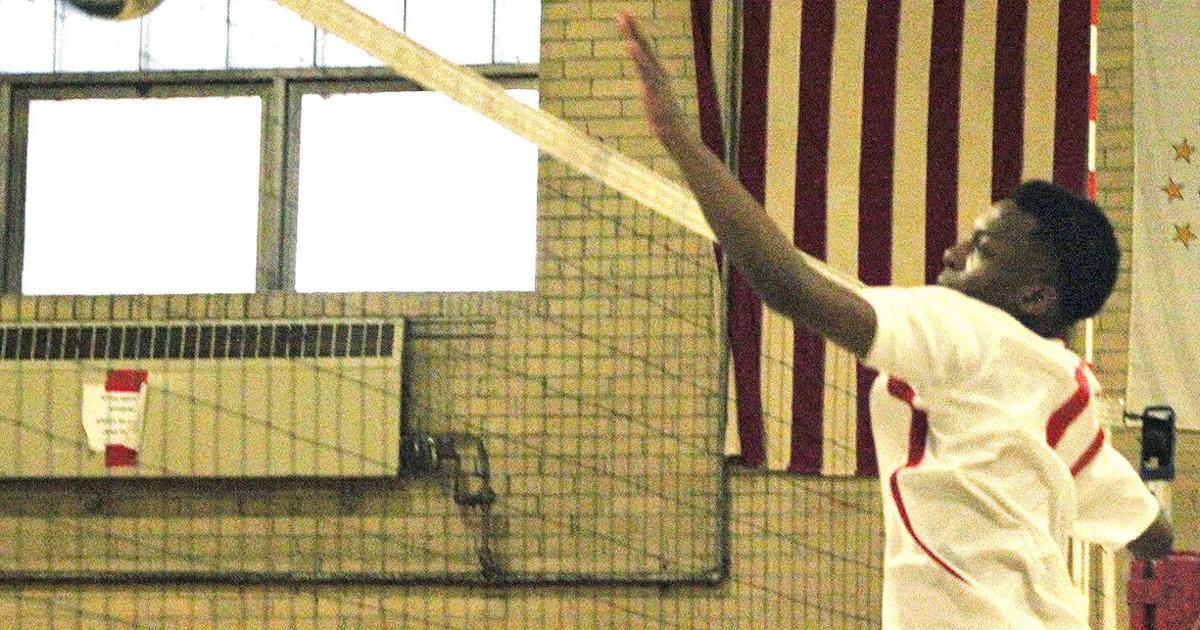 PAWTUCKET – After the COVID-19 pandemic worn out the 2020 season, the highschool boys’ volleyball groups from Tolman and Shea got here again throughout final spring two-month season, however as a co-op group with simply eight gamers, seven from Tolman.

That squad posted a 3-8 report in Division II, however this 12 months, the Tolman/Shea co-op group is again in the identical division, taking part in a full schedule and fielding a 13-player roster.

However, all 13 gamers are from Tolman – three Shea gamers who started the preseason with the group didn’t return – and whereas the longtime head coach is again in Neil Nachbar, his assistant coaches are from Shea, Jorge Dos Santos and Jeff Ramos.

The Tigers gave a sneak preview of this spring’s group final Friday night time throughout their Injury Fund recreation towards a newly-formed Central Falls squad and got here away with a 29-27, 25-9, 25-9 victory.

“I’m so excited about Central Falls joining the league,” Nachbar famous. “This is great for their school and the league. Nationally, boys’ volleyball is the fastest-growing high school team sport in the country. We’re seeing new states get sanctioned for the first time, like Utah and Minnesota, and Colorado has been in the process. It’s an exciting time for boys’ volleyball.”

As for the Tigers, Nachbar mentioned that that is the twenty fifth 12 months volleyball has been at Tolman, and whereas they’re going into their second 12 months as a co-op program, “it doesn’t really feel like a true co-op because last year we only had one Shea player and this year we don’t have any,” Nachbar mentioned. “I don’t know if it’s because we’ve been practicing at Tolman, but I wish we did have some Shea players.”

“I expect them to have a much better season this year,” added Nachbar. “Dominic played a lot during the offseason. He’s only the third player that we’ve ever had to play club volleyball. He played for South County volleyball club, and it was a great experience for him.”

Diop is their solely captain in the meanwhile. Nachbar mentioned they could have extra because the season goes on, however Diop was instrumental in getting the phrase out in regards to the season and the group’s tryouts, in addition to organizing issues within the offseason.

In final Friday’s Injury Fund contest with their neighbors, the Tigers wanted to get the nerves out of their system, as did the Warriors, and the primary set was an in depth one, because the Warriors got here again and took a 20-19 lead. Things remained shut or tied till Tolman struck late for its 29-27 win.

The divisions had been realigned this 12 months, and three D-II groups moved as much as D-I: East Greenwich, Cranston West, and Classical. Nachbar didn’t assume his group can be aggressive sufficient towards these groups this season and thinks the realignment helped even out the taking part in area.

Last season, the co-op group certified for the playoffs because the ninth seed and knocked off East Providence in its playoff opener earlier than falling within the quarterfinals to then-undefeated Classical. But the Tigers took a set from the Purple in that match, and Nachbar mentioned it was one of the best his group had performed all 12 months.

“Each day, we’re getting better, and I’m sure we’re going to look much different at the end of the year like we did last year, which would be fine,” he mentioned. “We came out strong at the end. I hope we can have similar success to that and play our best volleyball at the end of the season.”

“I was impressed with Westerly last year,” he mentioned. “I think they are going to be the most improved team (in D-II) because they didn’t graduate many starters and they were very athletic. Pilgrim is always strong, West Warwick is usually up there, and Central is coming down from Division I, where they had a hard time. “

The Tigers, who were scheduled to host Pilgrim in their D-II opener on Tuesday night and will visit Toll Gate on Friday at 6:30 p.m., will need to win 40 percent of their matches to qualify for the postseason, noted Nachbar.

“That’s going to be a challenge, but I think that if we just keep getting better – I do expect us to win – whether we qualify for the playoffs or not, we’ll see,” he mentioned. “If we’re playing our best volleyball and the new players are starting to figure it out, then I think that will be a success.”