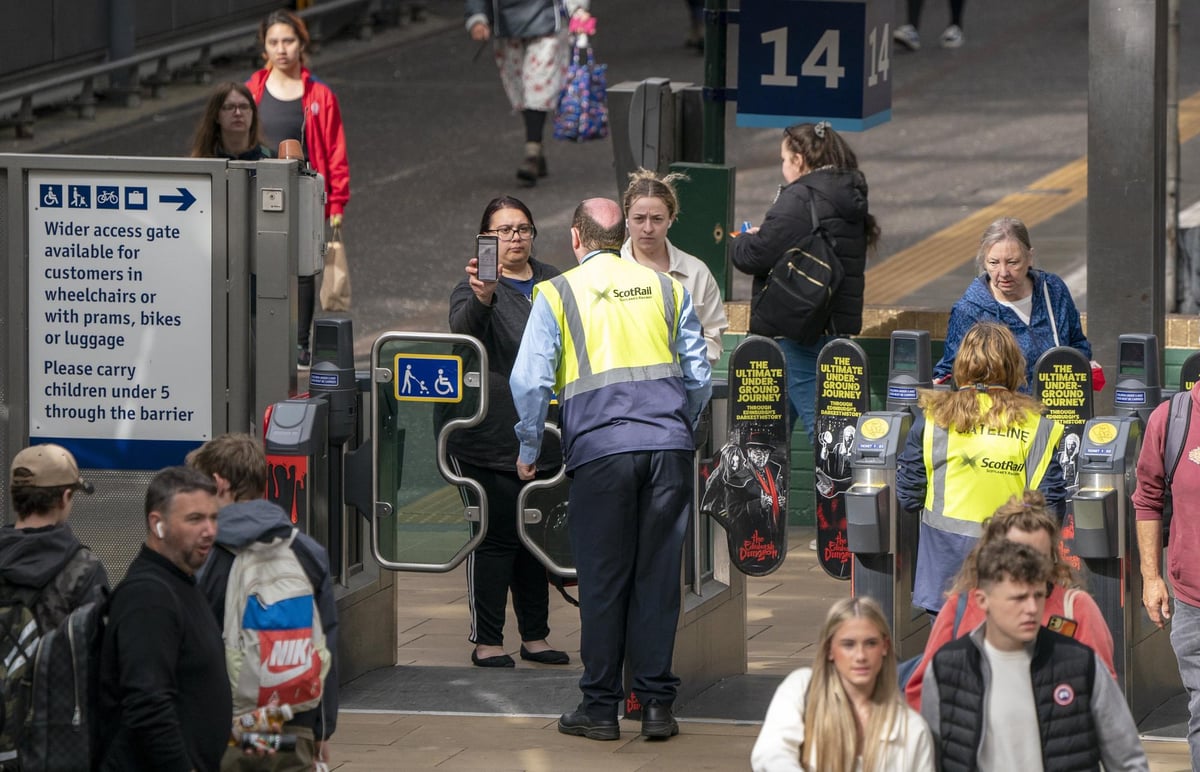 Passengers at Edinburgh’s Waverley Station, as train services continue to be disrupted following the nationwide strike by members of the Rail, Maritime and Transport union. Picture: Press Association

First of all, I recognise the real inconvenience the uncertainty created by any further industrial action will cause for many: people want to be able to plan ahead with confidence – holidays, short breaks, concerts, sporting events, the daily commute – and that is the least they deserve.

However in this scenario the details are important. Because as it stands, we are in the ludicrous situation whereby ScotRail, which is not involved in this UK-wide Network Rail dispute, has no say in the treatment of Network Rail staff in Scotland. Services in Scotland have been slashed as a result, with the country one of the poorest served areas of the GB Rail Network.

Yes we have had our own issues at ScotRail and I don’t shy away from that. However, through encouragement, backing and political will, we have plotted a path for a positive outcome, one which recognises the cost of living crisis and brutal inflation rises, but also respects our own financial pressures as a government.

The difference between our approach to trade unions and the UK government’s tactics could not be more stark. Here, we have ensured ScotRail has been able to engage constructively with unions to make a sensible and credible pay offer that balances cost of living pressures for workers with our own budgetary pressures.

Our approach includes a positive proposal and incentive where rail staff can share in the success of the railway they deliver as passenger numbers grow. In contrast, Westminster threatens rail staff with compulsory redundancies and new anti-union legislation. And UK ministers continue to stick their heads in the sand and resist calls to engage constructively to find a compromise which would avoid the disruption to society and the economy that their ideological anti-union stance has caused.

In Scotland the drivers’ union has recommended acceptance of ScotRail’s partnership pay proposal, while constructive talks with RMT will hopefully lead to a positive outcome this summer.

Meanwhile, the parts of the railway for which the UK government is responsible are in turmoil – with more to come. Things could be so much simpler and more effective if we were in control of our own destination and the Scottish Parliament had full control over rail powers.

Whilst we build bridges with our trade union partners; ensuring they will be part of the vision for public ownership of Scotland’s railway – the UK government ramps up anti trade union rhetoric and refuses to seek compromise. The failure to devolve full responsibility for the railways of Scotland to Scotland means UK government arrogance has undermined our own rail service. If this summer has shown anything, it has that we should control the railway network in Scotland, for Scotland, something that will be at the heart of our case for an independent Scotland.

Public ownership of Scotland’s railways is not yet complete; only through full devolution of Network Rail can we enact the changes needed to invest in the priorities of the people of this country. A fully devolved railway, operated for the benefit of those who use it – and those who work on it – can deliver a better service for our communities. And if the UK government continues to refuse to devolve these powers, as they have done repeatedly, we’ve got a better offer on the table which will allow the people of Scotland to decide.