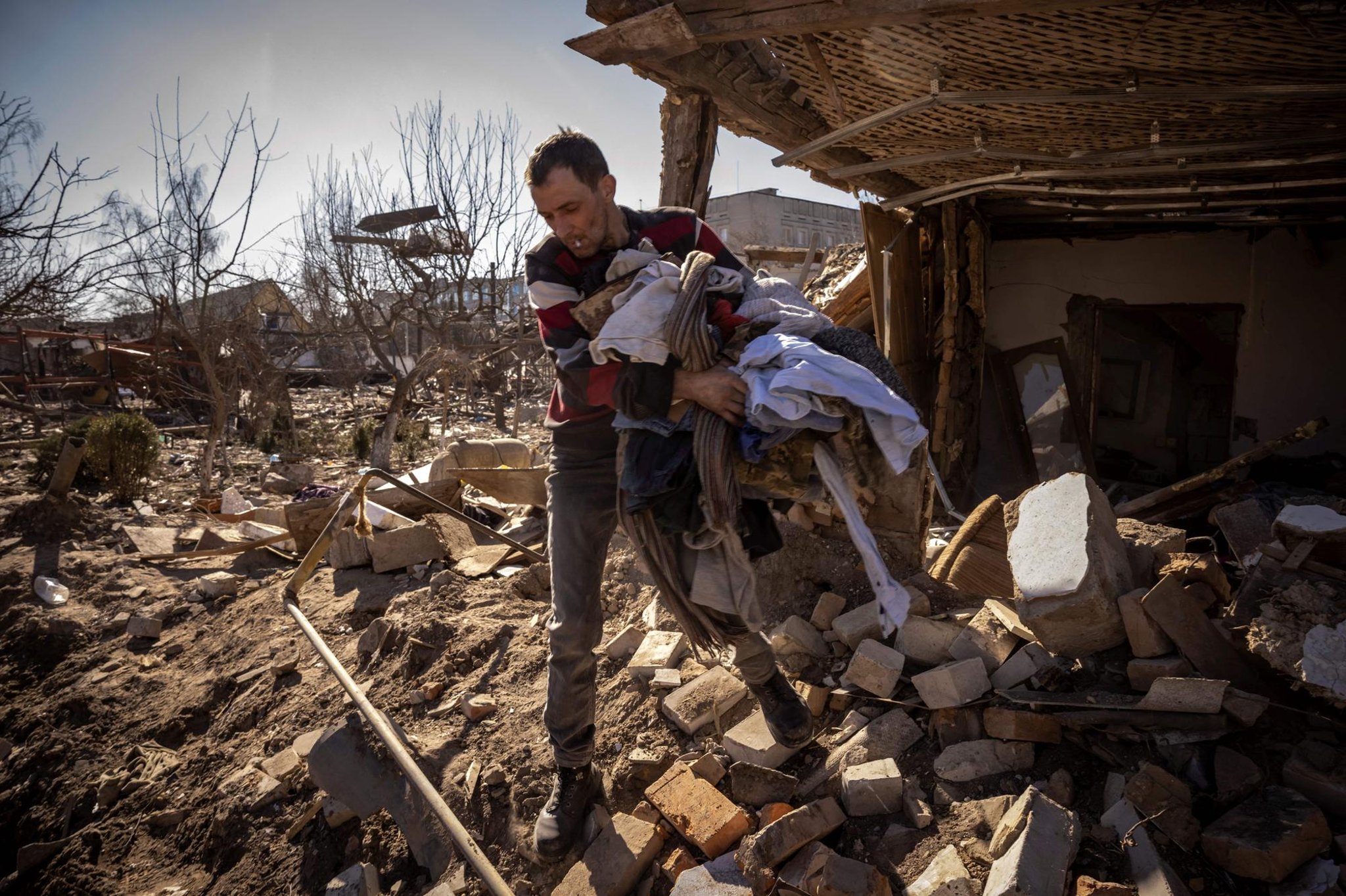 A man collects clothes from the remains of a house in the city of Zhytomyr, northern Ukraine (Picture: Fadel Senna/AFP via Getty Images)

However, in recent days, there have been several signs of real hope.

Clearly, Putin had intended to take Kyiv but his troops’ attempts to encircle the capital have failed and Ukrainian counter-attacks to the west of the city have even managed to regain some territory. BBC correspondent Orla Guerin said she had seen four Russian armoured personnel carriers and two T2 tanks that had been destroyed on the outskirts of Kyiv, with Ukrainian officers saying they had fought off four Russian offensives.

An attempt to surround the city of Kharkiv was also thwarted, while a counter-attack by Ukrainian soldiers and volunteers pushed back Russian troops from Voznesensk in the south.

There are also reports that a Russian brigade commander has been killed by his own troops because of the number of casualties they were sustaining.

Furthermore, in what sounded like a considerable reduction in the Kremlin’s ambitions, Sergei Rudskoi, head of the Russian military’s general staff’s main operational department, said it would now focus its war effort on the eastern Donbas region.

All of this is undoubtedly good news for Ukraine and the free world. It speaks to the heroism of people defending their homes from a murderous tyrant.

But defeating a tyrant, particularly one with nuclear weapons, is extremely dangerous. Putin knows that his life could be at stake if his invasion fails – he is said to fear being murdered by a mob like former Libyan dictator Muammar Gaddafi. Even if he survived being ousted, he would likely end his days in prison for war crimes as part of a peace deal with the new government.

Increasingly desperate, Putin could therefore decide that using chemical or nuclear weapons is his only option, drawing the West into a dangerous, downward spiral of violence.

One would hope that people in positions of power in Russia would not allow Putin to do this, given the extreme nature of the risks.

However, the West now needs to think about the potential paths to peace and may need to display a degree of pragmatism that could be hard to stomach but, at the end of the day, saves many lives.