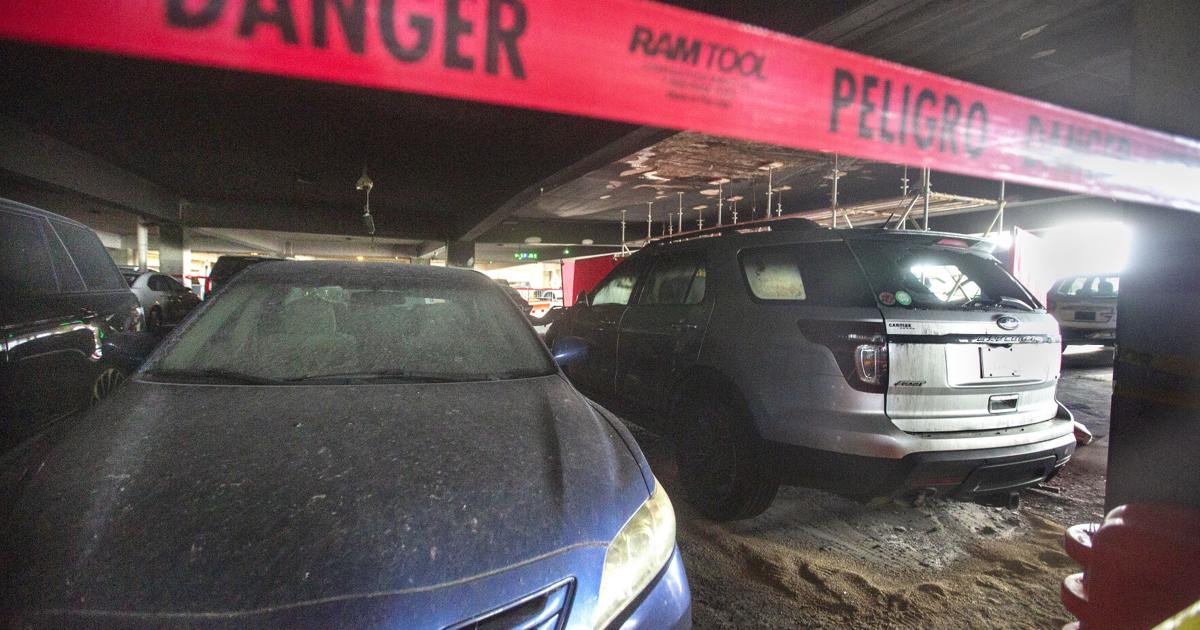 NORTH CHARLESTON — Sixteen vehicles plus the nearly indiscernible remains of a Ford F-150 pickup remain cordoned off inside the Charleston International Airport’s five-tier parking deck after the truck caught fire last week on the second level.

No one was injured in the June 16 blaze, but another 14 cars on the third level parked above the torched truck are also blocked off with caution tape as a precaution until the building’s structural integrity is assessed.

Airport CEO Elliott Summey said the cars will remain in place until the agency receives an engineering report of the damage and each vehicle owner’s insurance agency has assessed claims.

The fire occurred after the pickup driver noticed a “burning smell” coming from his vehicle as he entered the parking deck, said airport spokesman Spencer Pryor. As he was driving on the second tier, the driver noticed fire and smoke billowing from beneath the vehicle. He escaped unharmed.

Summey said Ford Motor Co. plans to inspect the destroyed pickup to help determine the cause of the blaze, which not only damaged other cars but also burned overhead light fixtures, cameras and parking level signals.

The outside of the parking deck remains blackened with smoke, as well as the interior of the garage on the second and third levels.

Car owners unable to retrieve vehicles will be provided transportation to their homes by the airport.

Pryor said a police officer is positioned in the parking deck around the clock to make contact with returning travelers who have a vehicle parked in the barricaded area.

Officers will advise affected car owners of ground transportation service provided by the airport to their destination. Once clearance is given and vehicles can be released, travelers will be notified by the airport.

Summey said the airport is not providing rental cars for affected car owners since insurance must be provided by the driver. He said car owners should treat the incident like an auto accident and contact their insurance company and a rental car agency to arrange transportation until they are able to retrieve their vehicles from the airport or have damages repaired.

Summey hopes to have a damage assessment by the end of the week.

The fire’s intense heat burned through some of the concrete structure directly above the destroyed pickup, exposing rebar. Workers have shored up the site with floor-to-ceiling braces as a precaution.

Until the structural integrity of the deck is confirmed, Summey said removing damaged vehicles with the added weight of a wrecker is a concern.

“We just don’t want to take any chances,” he said.

Once airport officials are given clearance to move the vehicles from both levels, Pryor said the automobiles could be taken to a new location. If that happens, the owners will be notified by the airport.

“Nothing can be moved until we get that clearance and it’s safe to remove the vehicles from that particular area,” Pryor said.