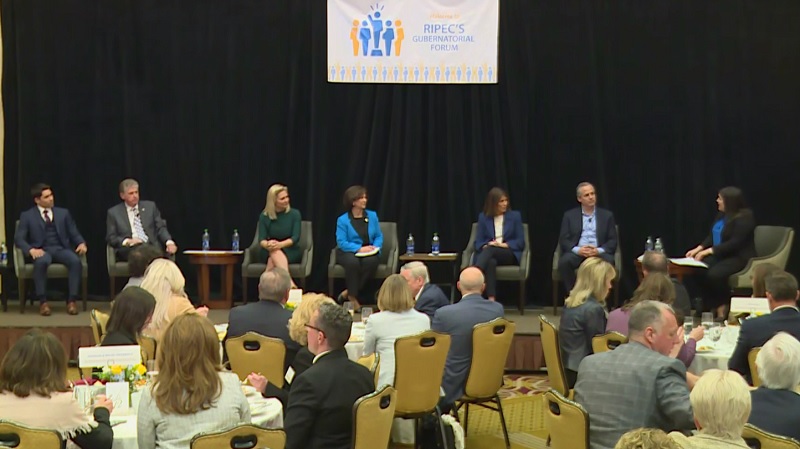 WARWICK, R.I. (WPRI) — The main candidates for Rhode Island governor met on stage for the primary time Thursday, providing their views on taxes, spending and different state insurance policies as they battle to win the nook workplace this fall.

The hour-long discussion board, hosted by the Rhode Island Public Expenditure Council and moderated by 12 News reporter Steph Machado, befell throughout a luncheon on the Crowne Plaza in Warwick.

Watch the primary a part of the discussion board within the video above, and see half 2 under.

The lead-up to the discussion board noticed some confusion about whether or not McKee would take part.

The governor’s workers confirmed his attendance again in February, however final week RIPEC introduced he had pulled out of the occasion. McKee left Rhode Island for a trip together with his spouse final Friday, however then introduced Monday he had modified his thoughts once more and would return to the state in time for the occasion.

All the Democratic candidates besides McKee beforehand met for a digital discussion board in February hosted by the Rhode Island Democratic Women’s Caucus.